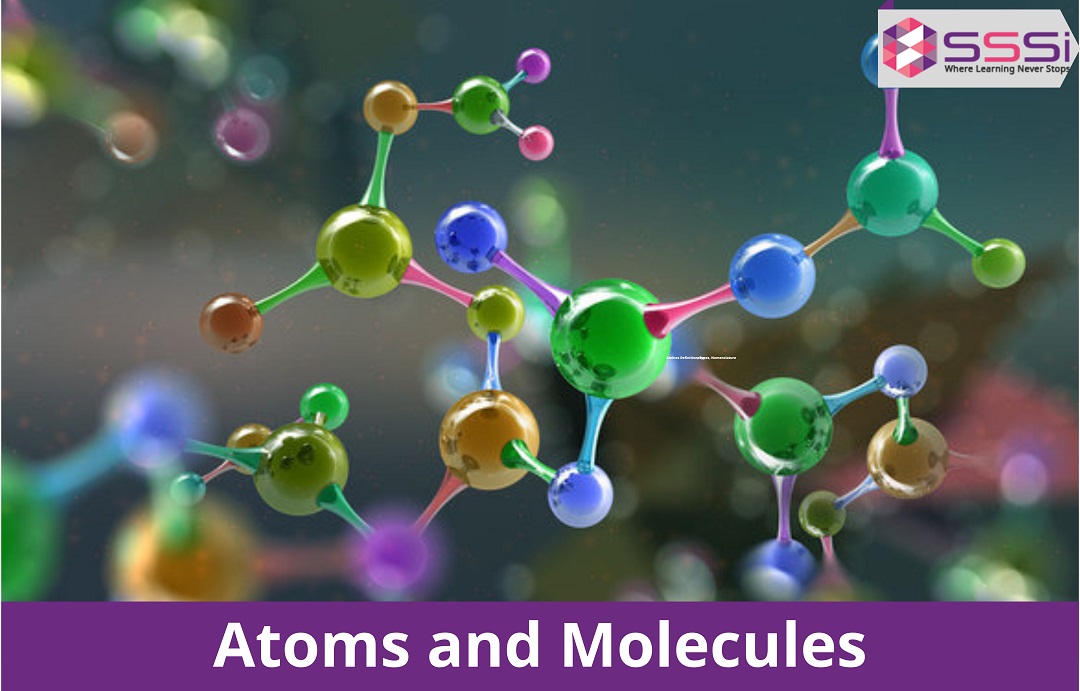 Atoms and molecules are considered as the building blocks of matter in the universe. Around 500 B.C Maharishi Kand gave a theory that if we continuously divide the matter, one stage will come when we obtain the smallest particle beyond which the further division will not be possible, known as "pramanu". Ancient Greek philosophers & Democritus and Leucippus called these particles atoms. So what are the atoms and molecules? This blog post comprises everything from scratch, from the definition to its properties. Keep reading to learn the concept in-depth.

Atoms and Molecules: Definition and Meaning

Everything around us is made up of matter, which comprises atoms and molecules. Matter is anything that occupies space and possesses mass. It comprises the unit of substances known as atoms, and more than one atom makes up the molecules.

Atom is the smallest part of an element that makes up any compound. It is considered the fundamental, structural and functional unit of all compounds that may or may not have an independent existence. However, it takes part in the chemical reaction. In any chemical reaction, the atoms can only be transformed and cannot be broke down or synthesised. Their size is measured in the diameter, and their diameter is measured by the nanometer.

Atom is the smallest unit of the element, which is extremely small and cannot be predictable through the naked eyes. It consists of the three fundamental types of particles: protons, neutrons, and electrons. For example, N, H, He, O, K, etc. A group of atoms that are chemically bonded together are called molecules. It is defined as the smallest particle of the elements (e.g., O2) or compound (e.g., H2O) that can exist individually or independently. Molecules exist in a free state and are stable. Covalent chemical bonds bond the atoms in a molecule together. The molecules may not have the same chemical characteristics as the atoms that make them up. Sodium (Na) is a highly reactive metal, whereas chlorine (Cl) is a toxic gas. When these elements are united, Sodium Chloride (NaCl), often known as table salt, is formed, which is neither a metal nor a toxin.

Properties of Atoms and Molecules

To put that in perspective, one teaspoon of sugar has the same number of atoms as all of the sand grains on all of the world's beaches combined. Example: A hydrogen atom has a radius of 10-10m.

The electrons orbit around the nucleus of atoms. Nuclear connections hold these subatomic particles together. Atoms are the smallest particles involved in chemical reactions. The number of electrons in an atom's outermost energy level determines whether it is stable or unstable.

Properties of molecules mainly depend upon the intermolecular force of attraction.

Liquid and gases molecular compounds have low melting, and boiling points as the atoms are bonded by the covalent bond, and they can be separated with the energy when applied to them.

These are not dissociated into ions but dissolve into molecules, so they don't conduct electricity. These move freely in whole solid and liquid as there is not enough connection between molecules and electrons due to the delocalisation of electrons.

Difference Between Atoms and Molecules

The following are the difference between atoms and molecules:

The following chart shows the difference between the atom and molecules clearly:

Three particles, such as neutrons, protons and electrons, make up the atoms, except hydrogen, which has no neutrons. The following are the sample questions for your practice once you are done with the entire chapter.

Did you know about the following types of Radioactive Decay?

Learning the concept of chemistry from scratch will help you develop a foundational knowledge base for your higher classes and competitive exams. If you search for the best Chemsitry online classes, check our online chemistry coaching class, book your FREE demo sessions, and start your journey of preparation. The following are the additional key benefits you can expect from us:

Fill out the registration form now to book your FREE demo session now.