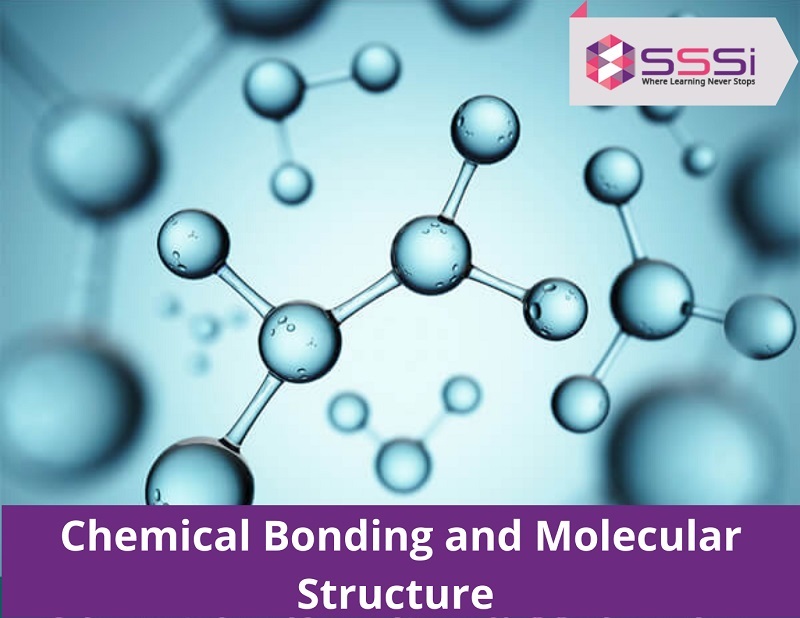 Chemical Bonding and molecular structure are among the most important chapters of chemistry. Several topics revolve around chemical bonding, for example, the formation of ionic bonds, VSPER, hybridization, etc. These topics are crucial as they form the foundational base for the high classes. The chapter mainly deals with the study of attraction between atoms and molecules. This blog post comprises each concept included in the chapter, from the definition to the theories, in more simple and easy language.

The hypothesis of valence shell electron pair repulsion explains molecular shapes. It is based on the atoms' valence shells' repulsive interactions between electron pairs. Sidgwick and Powell proposed this hypothesis in 1940, and Nyholm and Gillespie developed it in 1957. The following are the main postulates of VSEPR theory:

This bonding has been formed due to the loss, gain, or sharing of electrons.

Ionic bonding is a form of chemical bonding that involves the transfer of electrons from one atom or molecule to another. An atom loses an electron in this state, acquired by another atom. When an electron transfer occurs, the atom develops a negative charge, known as an anion, and the surviving atom develops a positive charge, known as a cation. The strength of the ionic connection is determined by the charge difference between the two atoms.

Compared to ionic and covalent bonding, hydrogen bonding is the weakest type of chemical connection. When the polar covalent connection between oxygen and hydrogen occurs, a positive particle charge emerges in the hydrogen. This means the electrons are attracted to the more electronegative oxygen atom. This link causes the hydrogen to be drawn towards the negative charges of any nearby atom. The qualities of water can be attributed to the hydrogen bond.

There is a charge differential in different parts of the atom due to the irregular spacing of electrons between the atoms.

Both ends of the molecule are usually distinct, with one end being positively charged and the other being negatively charged.

What is Ionic Bond?

The strong electrostatic forces of attraction between the positive and negative charged species are known as the electrovalent or ionic bond.

The following factors are responsible for the formation of the ionic bond:

The following are the characteristics of the bond:


Do you know all the macromolecules in our bodies, such as proteins, DNA, RNA, and others, are bonded together by chemical bonding? These help all the structure together. The stability of the structure depends upon the strength of the bonds. The key qualities such as melting point, boiling point, and others are mainly restricted by the strength of the chemical bonds. This chapter is essential as it carries heavy weightage in the board's eczema and the competitive exam such as JEE, NEET, and others. If you have difficulties understanding the chapters, you can take our online chemistry classes and ace your preparation. The following are the additional key benefits you can avail of:


Fill out the registration form NOW to book your FREE demo session.