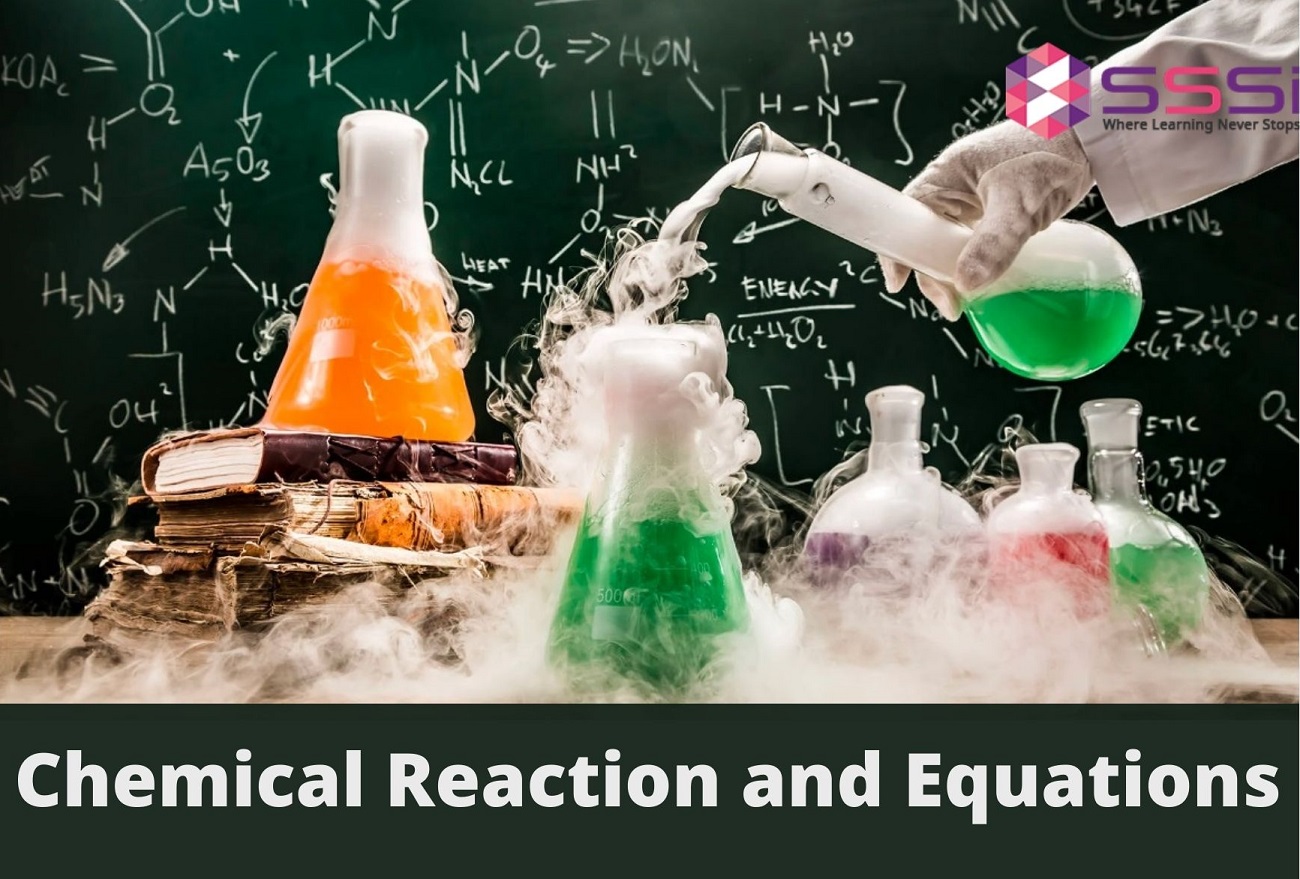 Since the dawn of time, chemical reactions have taken place. But it was the chemists who first learned about them in the 18th century, and it was then that they began to study and understand them. Although fermentation, a process where sugar is turned into alcohol, has been around for millennia, the molecular underpinnings of the reaction were not understood at the time.

Chemical reactions place all around us without our even realising it. In this process, the bonds between the molecules of the reactants and products are broken, and new bonds are formed. Chemical reactions are all around us and may take many different forms, such as the breakdown of sugar or the evaporation of water. Chemical processes can take various forms, including synthesis, breakdown, single-replacement, combustion, reduction-oxidation, double displacement, and acid-base reactions; in this blog post, all the concepts of chemical reaction and equations will help you to score high grades in your Chemistry examination.

What are Chemical Reactions?

The complete process of a chemical substance changing into another is known as a chemical reaction. These are the chemical reactions in which bonds between various atoms are formed or broken (or both), transforming reactants into products.

Chemical reactions may be found in many everyday processes, such as rusting iron and making curd from milk. A new material with wholly different characteristics from the original one is produced when a chemical reaction occurs.

Basic Concept of the Chemical Reaction

The following are the basic concepts of the chemical reactions:

Students must grasp each chapter concept to score good marks in class 10 Science. The chapter is important regarding the board examinations and competitive examinations such as NDA, AFCAT, CDS, IIT JEE, NTSE etc.

The arrow between the reactants and products is customarily supposed to point from left to right. But when necessary in an equation, the following symbols are used:

The following symbols can be used to indicate the physical states of responding entities during reaction:

Additionally, in some reactions, residues are indicated by the symbol "↓" next to the chemical formula of the reactant or product.

The following are the characteristics of the which aid in identifying the occurrence of  chemical reaction:

As a gas or a combination of gases evolves, several chemical processes occur. For instance,

Lead nitrate decomposes when heated, releasing gases such as nitrogen, dioxide and oxygen together with a solid residue of lead monoxide.

For instance, heat is generated when quicklime (calcium oxide) and water are handled in a beaker. The beaker thus heats up considerably. Exothermic reactions are those that result in the production of heat.

The bottom of the test tube turns chilly when ammonium chloride and barium hydroxide are combined and agitated with a glass rod. Heat is absorbed in this process. An endothermic reaction is what is known as such a reaction.

A change in their physical state is a characteristic of several chemical processes.

4. Formation of a Precipitation

Few chemical reactions are also characterised in terms of the formation of precipitation.

A blue copper hydroxide precipitate is produced as a result of the chemical reaction between copper
sulphate and sodium hydroxide.

A white precipitate of silver chloride is produced as a result of the chemical reaction between silver
nitrate and sodium chloride.

A colour change can be observed in a few chemical reactions:

Understand What is Chemical Equation?

Chemical equations are a symbolic representation of the reaction that will occur when two or more components are brought together. To meet all requirements, including the rule of conservation of matter, chemical equations must be balanced.

The following will serve as the symbol:

Let us take the other example to demonstrate the idea of the chemical equation.

Photosynthesis is known to turn carbon dioxide and water into glucose and oxygen in plants and certain other organisms.

Carbon dioxide is represented as CO2.

Water is represented as H2O.

Light is essential for photosynthesis.

Glucose is symbolises as C6H12O6

Oxygen is symbolised as O2.

The following are the different types of chemical reactions:

Understanding the concept of chemical reactions and equations might be tough for the students. Taking online chemistry tuition classes can help you prepare for the examination by making the concepts simpler and easier to understand. The following are the benefits you can avail:

Fill out the registration form now to book your FREE demo sessions.