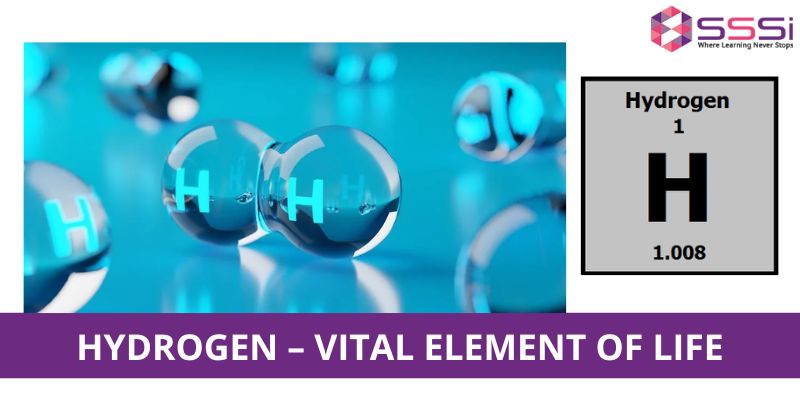 Do you know the main component of sun or stars? its HYDROGEN. Hydrogen is an element, exists naturally as molecule. Two hydrogen atoms combined together to form a hydrogen molecule; that is why its chemical formula is H2 and have one proton and one electron. It’s plentiful in the universe but hard to get in natural state on earth.

Nature of Hydrogen gas is:

The alchemist Paracelsus, in early 1500s, found that when sulphuric acid was added with iron fillings, it produced bubbles which were combustible in nature. Robert Boyle, in 1671, observed the same thing. But both of them, never put in effect their finding of hydrogen.

In 1766, Henry Cavendish, collected these bubbles and proved its distinction from other gases. Later, he proved that water is the main element in it. After the evidence of water, Antoine Lavoisier gave the name “HYDROGEN”, derived from Greek words, hydro means “water” and genes means “former”, means “water-former”.

Our body has 65% of water and 71% of earth is covered with it. So, water becomes an important component for life. H2O is the chemical formula of it, where two hydrogen atoms with one oxygen atom form a single molecule of water.

In water, strong hydrogen bonds are present. Hydrogen bond is special type of dipole-dipole attraction between molecules. It’s strength range is from 4kJ to 50kJ hydrogen atom per mole.

When atoms have same atomic number but different mass number known as Isotopes. Protium, Tritium, Deuterium are the isotopes of hydrogen.

Protium(1H) is the common isotope, found in abundance in nature. It has only one proton and is decaying.

Deuterium(2H) has one proton and one neutron in its nucleus and non-radioactive in nature. Heavy water is the example of it. NMR spectroscopy, Nuclear weapons, etc are the applications.

Hydrogen is the smallest element that hardly exist in pure form as it is very combustible and reactive in nature. Some other physical properties are:

Hydrides: Hydrides are of three types.