Is Matter Around Us Pure? Find it out 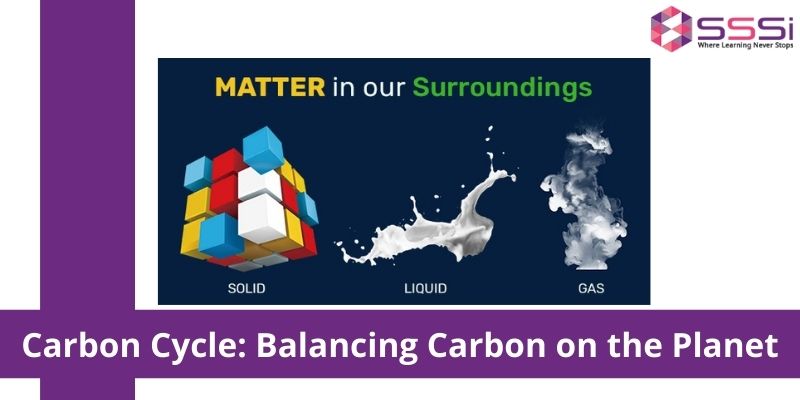 In our surroundings, there are things of different sizes, structures, shapes, textures, and heights, that we can touch, see and feel. Anything that inhabits space and has mass is called matter, and we are surrounded by it all around. Every particle possesses different kinetic energy, which is the reason for the particle to move and intermolecular force. Three states of matter are commonly found on earth, i.e., liquid, gas, and solid. Gas and solid are visible to take space, and their weight is proof of mass, but gases are not visible. Is that mean they don't have space or weight? They have, and the proof is a balloon or L.P.G. cylinder. In a balloon, you can easily find that gas also takes space, and that's why it is inflating. Solid is stiff and always holds a definite shape. Liquids take the shape of a container except for gravity behavior. Gas also takes shape as well as the volume of the container. Mass and weight are two sides of a coin and are different. Mass is the quantity of matter it carries, whereas weight is the gravitational force applied to an object. The Law of conservation of matter states that if matter converts between types or switches between states (solid, liquid, gas), the quantity of matter never changes.

Properties of State of the matter:

Let's discuss the properties of the liquid, gas, and solid, states of matter.

Plasma is known as the fourth one on this list. In this, atoms are free rather than attaching to atoms. It is similar to gas, but its binding structure possesses different properties than ordinary gas. They are highly energized gases, ionized at high temperatures. Helium, xenon, argon, etc., are examples of plasma gases. Stars and the sun are real-world examples of it.

Characteristics of the matter:

Matter consists of tiny particles like atoms, molecules, etc. The characteristics of matter are:

Classification of the matter:

The substance is a matter have definite compositions and properties. They are made up of atoms and molecules and have specific weight and volume. There are majorly two groups based on chemical classification; are as follows:

Pure Substance: When we hear the pure word, the question that comes to mind, is matter around us pure? We usually say, "Give pure milk," which means we generally want to say, "don't add anything yourself." Right. Similarly, Pure substance is those substances with only one type of entity, which means it is made up of only one type of atom. So, they have the same structural and unique chemical properties. They are further divided into two groups: elements and compounds.

When different kinds of atoms or molecules are combined but not chemically, they form a different matter, known as the impure substance or can be referred to as Mixtures. Filtration, crystallization, sublimation, etc., are some processes to separate pure substances. Smoke is also a mixture suspended in the air.

Homogeneous mixtures: When a mixture has a uniform composition throughout, it is called a homogeneous mixture, which means one substance dissolves into another. Saltwater is an example. Through the evaporation process, salt and water can be separated with their properties. And when they dissolve, salt commonly dissolves throughout. E.g., oil, steel, sports drink, etc.

Heterogeneous mixtures: When a mixture has different compositions at every point, it is called a heterogeneous mixture, which means particles do not fully dissolve. For example, If you mix sand in water, particles disperse throughout, but as you stop stirring, sand will settle down after some time. Other examples are Italian dressing, colloids, salad, etc.

Everything in the clothes that we wear, the food we eat, and the water we drink are categories of matter. So, we can say There is matter around us, surrounded all over. Science is all about the matter. There are three states of matter: gas, solid, and liquid, based on physical classification, and two types based on chemical classification. This blog will give you a detailed and easy understanding of matter, substance, types, and characteristics of class 9 science. If you need assistance regarding chemistry, we will assist your queries related to chemistry class 9 in the best way possible.